Ryan grew up as an active young boy in his hometown of Windsor, ON. He was very athletic and enjoyed playing hockey and soccer with his friends. But that all changed at the age of thirteen when he was diagnosed with stage four Ewing Sarcoma.

Ryan’s world was turned upside down as he missed his second half of grade eight, and all of grade nine during treatment.

Cancer treatment took place two hours away in London, ON and it was rare for Ryan to spend time with his whole family. “I went to a hospital two hours away from our house. To get my entire family in one room was tricky, maybe once a month I saw my sister,” he describes.

During twenty-four months of his hospital stay, Ryan could only dream about returning to his regular life outside of the hospital. A family friend referred Ryan for a Sunshine Dream in hopes that his dream would be fulfilled to get away and spend quality time with his family.

Once Ryan’s treatment was complete and he was medically cleared for travel, Sunshine granted his dream of a family vacation to the Dominican Republic. Ryan says his dream shined a light on what’s really important in life, his family.

“My dream gave me perspective. I [survived cancer] to experience things like this now [and appreciate] how beautiful of a world we live in. [I learned that] things don’t always have to be sad and dark.”

Ryan’s Sunshine dream gave him a brighter, more hopeful future, for life after treatment. Now 33 years-old, he has been in remission for 18 years. He graduated college and has since moved to Western Canada to pursue a bright career. 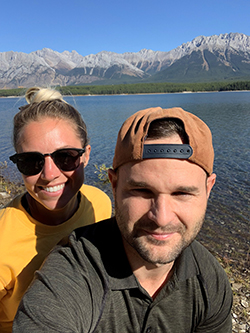