Scott is a 20-year old young man, living with a cognitive and physical form of encephalitis. At the age of five, he experienced a brain seizure that claimed his ability to walk, feed himself and speak. His mom, Wanda and he would sit their computer and watch Thomas & Friends for hours, when he would try to speak out the characters’ names. This practice helped Scott regain his speech and when he did start talking again, it was about Thomas, The Tank Engine. It was then that he dreamed of having his own retreat where he could connect with friends and family to share his passion for trains and relax. The Sunshine Foundation of Canada made this dream come true for Scott in the form of “Scott Cave”.

Sunshine works towards changing lives of kids and youth across Canada, living with severe disabilities, by making their future-boosting and confidence-building customized dreams come true. For Scott, his “Scott Cave” is a place where he unwinds from the stresses of his daily life, connects with his family and friends to relish and enjoy his passion for trains. This dream has led Scott to become an honorary member of the Dartmouth Model Rail Club as well. 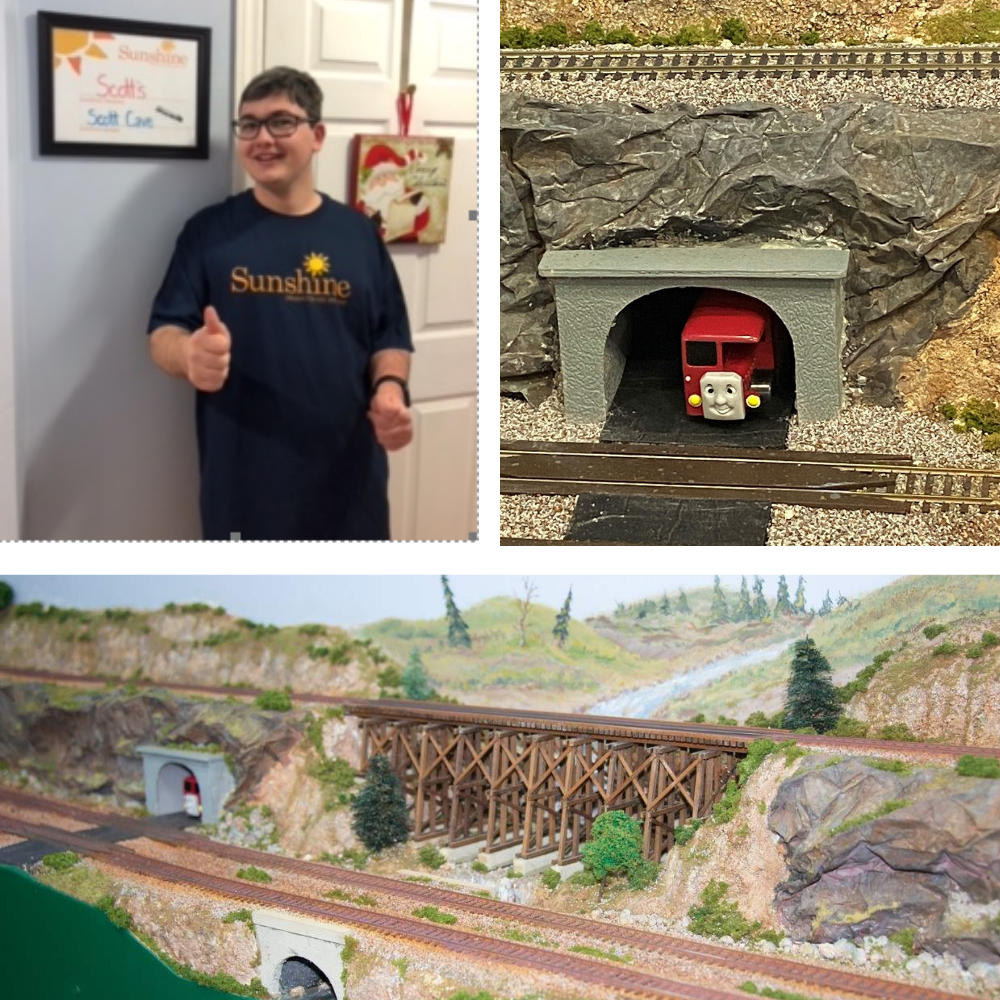 Dave and Fergus are the two dedicated members of this Rail Club, who have volunteered their skill, time and expertise through the pandemic every Tuesday and Thursday in Scott’s basement to convert it into his happy place with fine details to the train, tracks, bridge and the whole “cave”.

While the Scott Cave was under construction, Scott would often go down to the basement to see them at work and observe how his dream was being manifested into reality. According to Wanda, "it was the only time Scott would go quiet ... to observe; otherwise he is a very energetic child!"

Scott presented the CTV Maritimer of the Month Award to both Dave and Fergus earlier this week. A clipping of this ceremony can be viewed here: https://atlantic.ctvnews.ca/mobile/video?clipId=2425423